This tasty fall soup using the popular ingredient pumpkin is a guaranteed crowd pleaser. The blend of lemongrass, ginger, coriander and clean label Cook’s Delight® Vegetable Soup Base provide an unbeatable combination of flavors. Comfort food at its finest!

Are you a home user looking for a natural soup broth?
Cook’s Delight® soup broth concentrate is available on Amazon 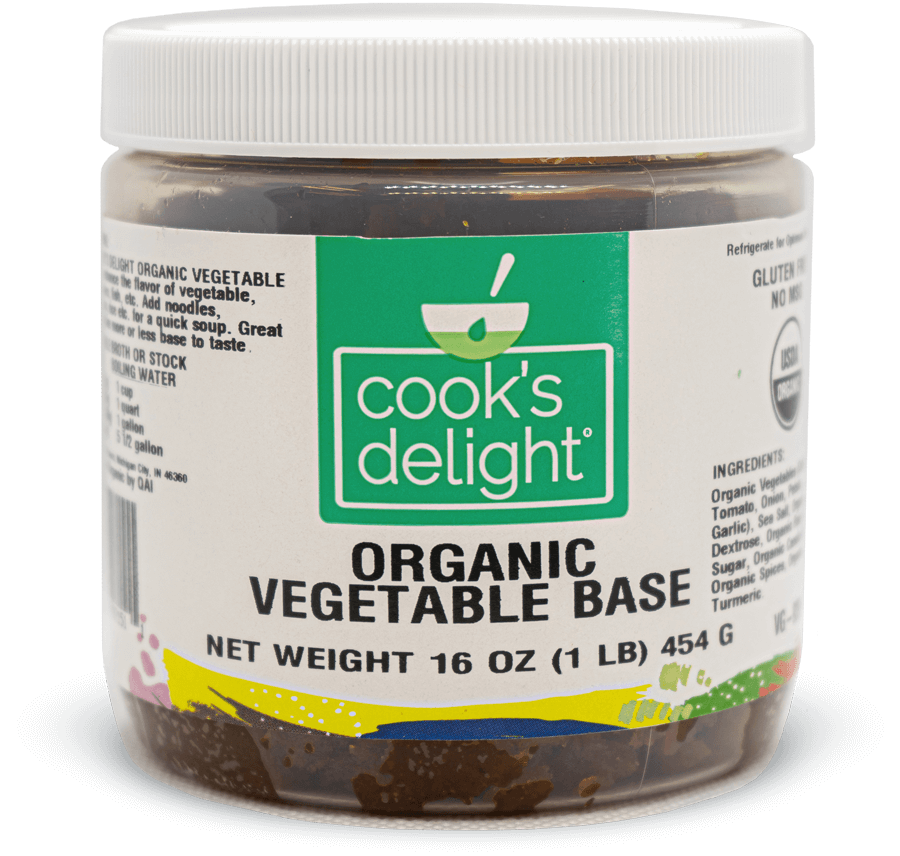 Do you need to scale up your recipe? Click here for 4 easy steps

Heat the oil in a large saucepan over medium-high heat before adding the onion and garlic. Cook until the onion becomes translucent.

Add the ginger, lemongrass and coriander roots and stalks. Cook until the stalks become soft before adding the pumpkin.

Toss the pumpkin in the oil and cook for 5 minutes. Add the vegetable stock and bring to a boil before reducing the heat to lower. Cook for 30 minutes or until the pumpkin is tender. Remove from heat and allow to cool slightly.

Pour the soup into a blender and blend until smooth. Add most of the chopped cilantro leaves reserving some to garnish the soup. Blend until the soup is speckled with flecks of green.

Return to a clean saucepan and add the coconut milk. Add half the milk, reserving the rest for garnish. Serve with shaved coconut, the remaining cilantro leaves.

Watch how easy it is to make 8 oz of soup stock for pennies per serving!

Each 1 pound container of Cook’s Delight® soup base makes the equivalent of 22 – 32 oz boxes of liquid stock.

Why pay for water? Contact us to get started on your Cook’s Delight® orders.